With only 49 days left to go until Bluesfest begins this is my A – Z a bit of history, my unique perspective on how I see Bluesfest and its music and a peek at who will be there this year. I love to wander through the artists, see their history and listen to their music.

There are any amount of words that describe Bluesfest and its attributes. A few I have chosen include the ancestry of the blues, the awards given to the artists/festivals and of course a few artists from the A list.

The blues are steeped in Ancestry from and that is seen in the acts that perform and the way the music is passed on through the generations.

I have already mentioned Devon Allman and the Royal Southern Brotherhood. This was a blues supergroup bringing together the new generation of Blues. They came from the Neville Brothers and the Allmans’ to keep the blues relevant to today. There have been a lot of family connections with Bluesfest, one of the most memorable was Gregg Allman and Devon Allman appearing on the same bill in 2014. These moments become legendary with each new year the music industry looses more icons but their legacy seems to keep growing.

The Arakwal Bumberlin people also keep their ancestry and story relevant to today. Each year there is the welcome to country and fire ceremony to cleanse the site and make way for a new beginning. The ceremony and the stories encourage a greater awareness among the festival goers as well as adding a uniquely Australian experience to the week.

Bluesfest is also about aspiring artists – wanting to come to the biggest music festival in Australia and get a start in the business.( more information on this under B for Busking) Artists apply to come to Bluesfest, some are invited but most apply and Peter Noble believes this is what makes it a great festival that not only supports blues music but gives people an opportunity to hear music that they may never know of if they did not go to Bluesfest.

The festival itself not only has award winning artists who regularly feature at the Grammy’s but has collected several awards for its contribution to music Blues Foundation 2018, the environment, and the local/national tourism economy.

Some of the artists nominated in this years Blues Music Awards include Rick Estrin for his album with the Nightcats – Groovin’ in Greaseland as well as best blues band, best instrumental harp, and the B.B King Entertainer award along with Bobby Rush. Walter Trout has been nominated for the best Rock Blues Album – We’re all in this Together. Walter Trout and Eric Gales are both up for the best Rock Blues Artist.

For this years new music Asgeir is a chilled artist – here is a youtube video of his song I Know You Know. 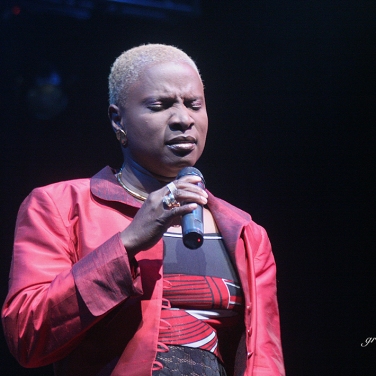 Past artists that carry on the traditions – Arlo Guthrie, Angelique Kidjo and Aaron Neville.